The light draft foal art has been added! This art will show for Friesian foals and a few crossbreeds. 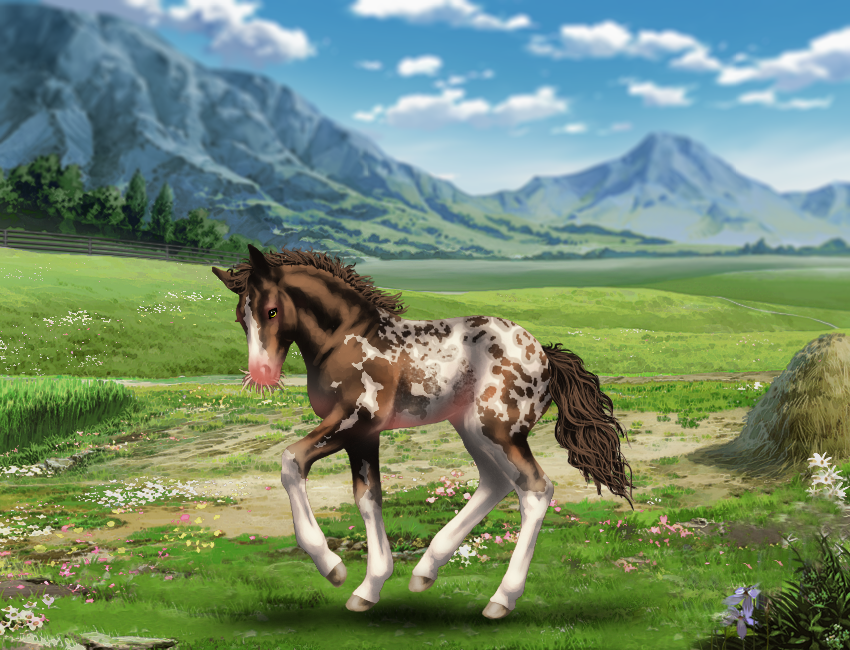 The game calendar has been updated up to the beginning of November. The biggest thing to remember is the 2 days of downtime for the V3 transition in July. If anything changes on the calendar, there will be a news post to notify everyone.

The tutorial text has been edited for past navigation changes and to be more clear on the next step. We hope this is less frustrating for new players!

Just a quick update on V3. The majority of horse functionality has been moved over, and I’ve been focusing on moving over estates this week. Next week, I’ll do a video update so you can see for yourself!

I have completed the forum clean as posted earlier today. A few notes are below that will cover what has been cleaned.

Posts may be made again for bugs or ideas. Be aware, if it is on our list to fix or on the player ideas list, staff will comment letting you know. Duplicate posts will be locked and the poster asked to reply to the original post. The purpose of the forum clean was to condense posts and ensure ideas and bugs were on our fix and ideas list.

Rules have been added for each forum topic. Please read them before posting in each forum. All forum rules will be enforced from here on out. If you have any questions about the rules please message me and I will answer ASAP.

As a note, club names with special characters to list at the top are no longer allowed. Ex. ~*&! etc. This is to reduce spam-like club names and clubs editing names to appear on the top of the list.

Due to the forum clean, you are able to bump your posts more than once today only. Tomorrow the one bump a day will go back to being enforced.

We mentioned a couple weeks ago that we were working on something really big and today, we’re announcing what it is. Please read this post all the way through to see our reasoning on why we decided on this direction.

First, let me give a bit of a background on Eqcetera’s development. In 2012, Eqcetera was first released. This code base quickly became outdated as web technologies developed over the years. The situation was worsened because multiple programmers were in the code, and it became what we call “spaghetti code,” making it hard to fix bugs or make any progress at all. Hence, the development of V2.

V2 is built on a custom framework that I developed over the years, and it’s been great for what we need it for. We’ve been able to develop new features a lot quicker than the V1 code base. Note that there’s nothing inherently wrong with this code base.

In the back of my mind over the past year, I’ve been thinking about the future of Eqcetera and how that relates to the actual code. Will it last for many years? What about security issues that could arise? What if we need new developers to step in? They’d have to learn a completely new system.

I decided a couple weeks ago to move forward on migrating the code base of Eqcetera to an official framework called Laravel. This began the development of what we’re going to call V3.

If you remember the transition from V1 to V2, you’ll remember that a TON of stuff changed. We got estates and a new showing system and many things that were different from the original. This is not the same thing. We’re not looking to change any features when moving from V2 to V3. We’re only looking to improve existing ones.

With the Laravel framework, there are many built-in tools that we can utilize. As we grow, we can hire other developers to help manage Eqcetera. All of this is for the longevity of the game, and we’re so excited to show you how things are becoming better.

Please watch the following video to see the full picture. You can see how much progress has already been made in the past couple weeks. I’ve been working really hard to give something that you can see so that you know that this transition won’t take the years that V2 did.

Foal pedigree that I forgot: 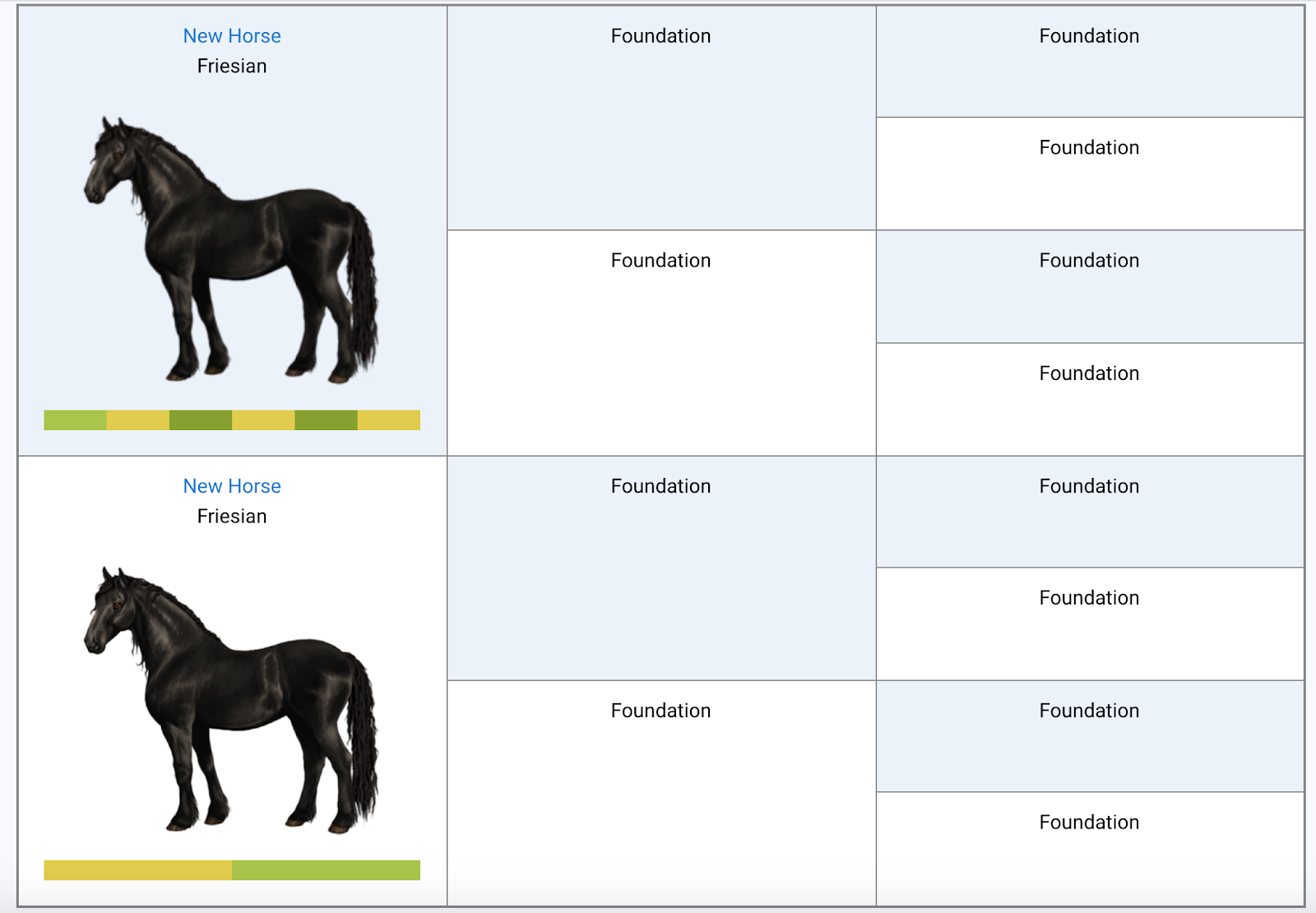 Your first question might be… how is this going to pan out for what I’ve already built on here? Have no fear, everything will transfer over. The good thing about V2 is we already have things mostly the way we want them. There will be a couple tweaks to make features work better but as a whole, everything should transfer over seamlessly.

What are the timelines might be your next question. We’re going to split V3 into phases.

When do we expect the transition to happen? The past 2+ weeks have given us a solid idea on how long it will take to move over features. Our plan is to launch V3 in time for the anniversary of V2: July 18, 2020. We’ll then have a birthday celebration on V3 on July 20th.

We hope that you’ll support us in this endeavor. It’s been a lot of work so far and will continue to be a lot of work until the launch day. However, I 1,000% believe that this is a great step for Eqcetera and hope you do too.

Thanks for supporting us so far! We could have never come this far without the support and feedback that you all have given us. <3

To celebrate the V3 announcement, we’ll be having a credit sale for one week that will discount credits for 30% off. Note that this doesn’t apply to credit packages. It’s been a while since we’ve had a sale, and credit to EQD prices are through the roof! Hopefully this will introduce more credits into the market to drive down the price a bit. It’ll also support me since I’ve stepped back a bit from my contract job to take on V3 development.

Don’t forget that we have 2 chat parties today! One is at 12 pm EST/game time and the other is at 8 pm EST/game time. We’ll be discussing V3 and any thoughts, concerns, and questions everyone may have.

Those who do not use Discord will have the opportunity to give feedback and ask questions in the forums. We will be maintaining live updates to the post based off of what is talked about on Discord.

We are having a discord chat party on May 16th at 12pm AND 8pm EST/Game time. We will discuss Eqcetera's development and have games for a chance to win prizes!

You can join our discord with this link!

Quarabs now have art! This leaves only 2 breeds left to do art for! :O 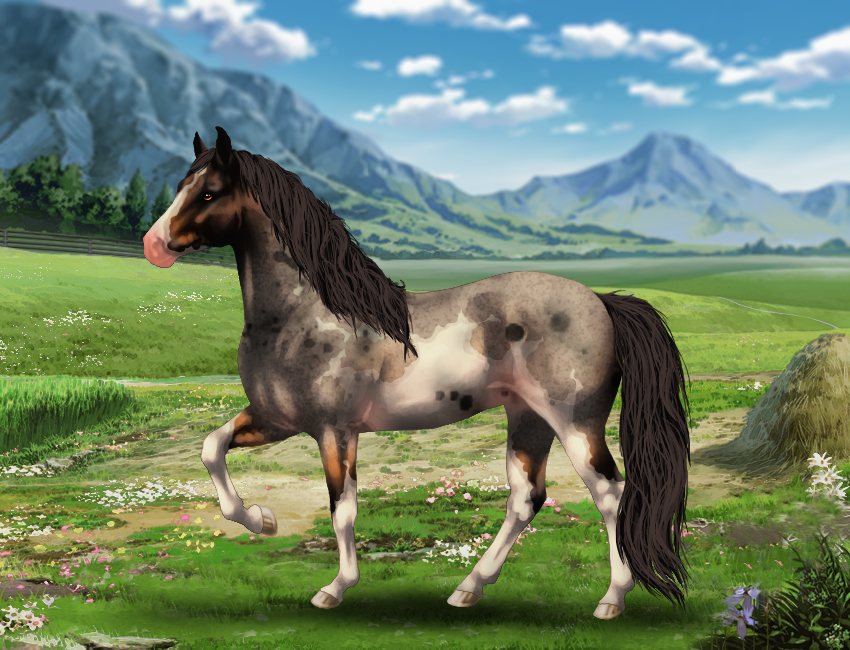 Don’t forget to vote for a deserving player for our monthly Eqcetera User Spotlight. Starting this month, we’re going to have a monthly User Spotlight to highlight players who are being wonderful Eqcetera citizens — players who are exceptionally funny or kind, active in the forums or Discord, who are breeding great horses, are helpful to new players, or who are otherwise shining examples of the EQC community. So nominate someone you think is deserving. There is more info in this post.
View Comments (11)