It’s that time again! We have an art update for you. :3

This time, it’s Abstangs! The reason we chose Abstangs is that 1) they have the most layers of the crossbreeds left, and 2) neither Arabians nor Mustangs have a crossbreed with art yet. This brings us up to 6/15 crossbreeds with art! We’re making progress. :) 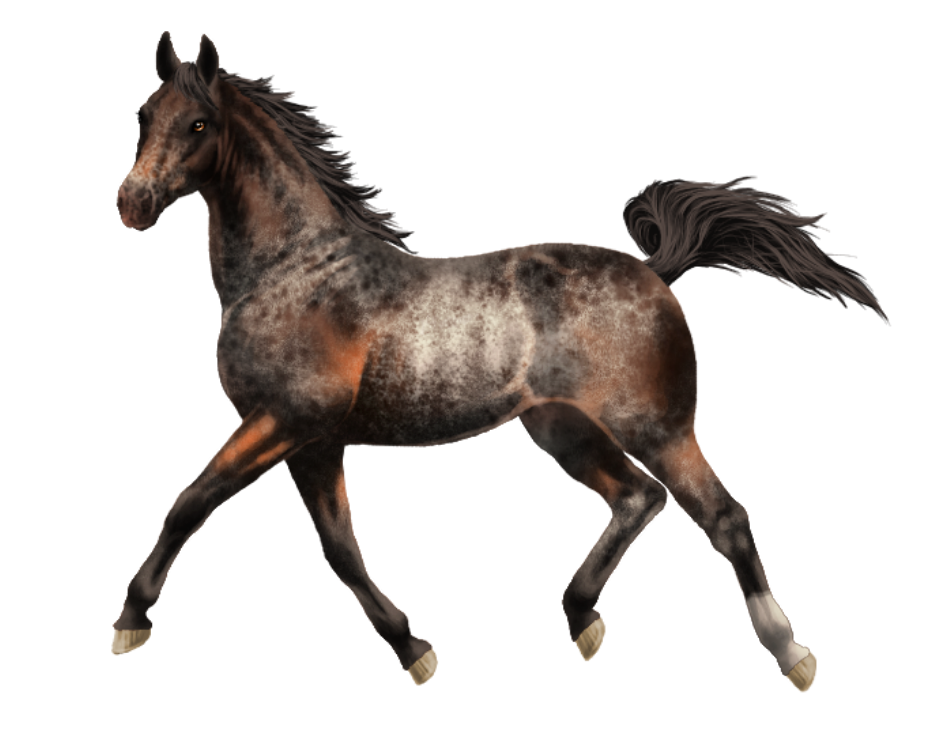 There’s a new discipline in town! Barrel racing requires that you have the outdoor arena in your training center to train.

You can now donate to associations and clubs. This money will go directly into the club’s money till. Club presidents can now transfer money from the till to players. Expect that some restrictions will apply to this soon so that the till can’t be drained from the club into the owner’s account.

You’ll notice in the sidebar that we now have a game calendar. Hopefully this answers questions like when the Marwari is in the foundation store and when the next chat party is going to happen. We’ll try to keep this planned for one month out.

Please welcome Roze, Rhea, and caberneigh to the team! They’re going to be trial modding for a couple weeks while they learn the ropes.

Vulpine, our other mod, is now moving into a Community Manager role alongside being a moderator. She’s helping Curly and I with planning new features and figuring out ways to keep the community engaged.

You can now clearly see each part of the staff on the online page and when they post on forums.

To make it easier to see, there is now a link to Discord in the sidebar. For those of you not on Discord, this is where a good portion of the community is. We’d love to have you join us! This is also where chat parties take place. :)

That brings us to some future plans. I wish I could say they were all implemented for today’s update, but now that we have the details worked out, they’ll appear in the next couple ones.

Association/club shows has been something “in the works” for a few months. Every time I would start to work on it, I’d run into something else that would need to be considered. Now that we’ve figured out a plan for them, here’s an explanation of how they will work.

For now, we’re going to focus on associations/clubs who specialize in breeds. These clubs will be able to create their own shows which will evaluate based on BS with a random factor thrown in. They will only allow for 20 entries before automatically running. Shows that haven’t run at midnight will then run, no matter how many horses are in them.

The club will be able to set the entry fee for their own shows. All entry fee money will go into the club’s money till.

To discourage players from making their own clubs just to put their own horses in shows, clubs will be required to have at least 25 members before being able to create shows. We’ll also have a minimum horse requirement as well, although we’re still working out a few details on that.

One gap in the game currently is unregistered crosses. No one wants to or even should breed them right now because they have no BS set, meaning they’ll always result in 6 poors. This new planned system will fix this and offer another level of breeding.

So even with knowing the percentage of each breed, how would BS be determined? This would become a weighted average for each BS stat. Definitely calculable in your spreadsheet as long as you know the perfect BS for each parent breed. So that example of the 25/25/25/25 Friesian/APH/QH/Appy cross would have the same perfect BS every time it’s bred. You could start to work towards all greens and 6 E for this combination.

Yes, this seems a bit complicated, but it will allow you to go a bit more crazy with future breeding projects. Also, this opens up some possibilities in the future for new registered breeds. There’s still a lot to think through on that, and we want it to be both fair and scalable, but this is the foundation we need to even start thinking about that.

As a side note, we’ve also been thinking about how the artwork would work for this system. We would implement something similar to how foals are planned with generic body type images for pony breeds, light breeds, light draft breeds, and draft breeds. The dominant body type would win in the breed combination of the cross. If there is more than one body type winner… we’ll just have to figure that out. ;)

We are still working on this! We’re going to be converting the tutorial into a series of objectives that reward prizes. This setup will be easier for people to navigate back to than the current tutorial and will also be an introduction for objectives.

Hope everyone had a great Thanksgiving (if you celebrate it)! Here’s a quick update on some bug fixes.

Thank you for your patience with these bugs. I’ll continue to go through the bugs list this week, but these bigger ones should be knocked out now.

Happy Update Day! This one is quite pleasing to the eye.

The latest crossbreed to get art is: both Aztecas! Both American Aztecas and Aztecas now have the same base art. That brings the total up to 5/15 of our crossbreeds that have art! 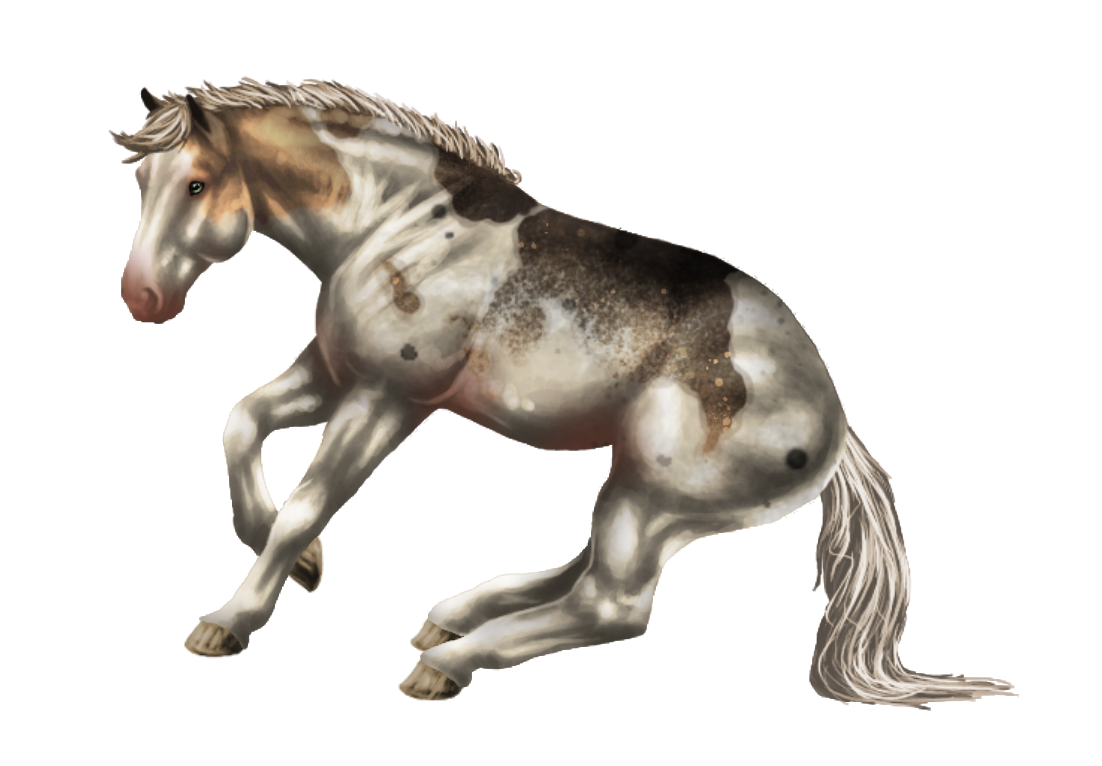 You’ll notice something different. The layout has been made more narrow and the navigation has been rearranged to make things easier to find. The mobile version of Eqcetera is staying pretty similar to the old layout which seemed easy to use and also transitions well from the new layout.

Please let us know if there’s anything wonky from this change. :D

Although the logo for Eqcetera didn’t change, all images across the homepage, Discord, and social media channels have been updated to be the new, brighter image. This image is from a new artist who will also be completing some new horse backgrounds for us after the holidays. The default image will be updated to be in the same “scene” as the new front page image.

Eqcetera is now integrated with a new marketing platform. This means that you may occasionally receive emails from the game in the form of newsletters, flash sale notifications, etc. At some point, we’ll also be creating a coupon system for purchasing credits, meaning that you as a player will have access to a percentage off credits for a specific time period and no other player will have that discount.

Please note that this is a work in progress. If you see anything wrong, please let us know so we can fix it.

You can now upgrade as a monthly subscription. It costs $3.99/mo and will be handled through Paypal’s subscriptions. You can cancel through your account settings or Paypal at any time. This price ends up being about the same as a yearly upgrade but paid monthly. This will help the game gain some predictable income and allow for future growth.

There is a new forum chat in the Lounge to go check out and join in on the conversation! We also have a new on-going forum game in the Games & Contests forum. Find the Foundation is for those of you who mass buy or want to test your chance of finding the foundation.

Note: There will not be an official update next week due to Thanksgiving. :)

Hope everyone is having a great weekend so far! This update contains mostly quality of life updates and some features that have been requested for a while. :)

You can now find Irish Draughts in the foundation store!

You can now link multiple accounts from the settings page. You’ll need the username and password of the account you want to link. Once linked, an account switcher will appear next to messages where you can easily select an account to switch.

The much requested feature of being able to manually order tabs is here. You can also select multiple horses on the Manage Tabs page and move them all into one tab. Hopefully this helps cut down on the time spent reordering and rearranging your stables.

Board all at Home

To make it easier to board horses after a massive buying spree, there is now a “Board All at Home” button in transport. This will only board as many horses as you have stalls available. All other horses will stay in transport and must be boarded elsewhere.

Objectives are now closed as we redo that system. This will take a couple weeks, but it’ll be much more comprehensive than what we had. We’ll also be moving the tutorial into that system as well and adding a link to the main navigation.

Decided by popular vote, the Irish Draught is now here! Like all new breed releases now, they will be available as a breed coin only for 1 week. Next Saturday, they will appear in the Foundation Store as a regular breed. Along with the ID is a new crossbreed - the Irish Sport Horse.

Do you guys like voting in new breeds or is it more exciting for it to be a surprise? 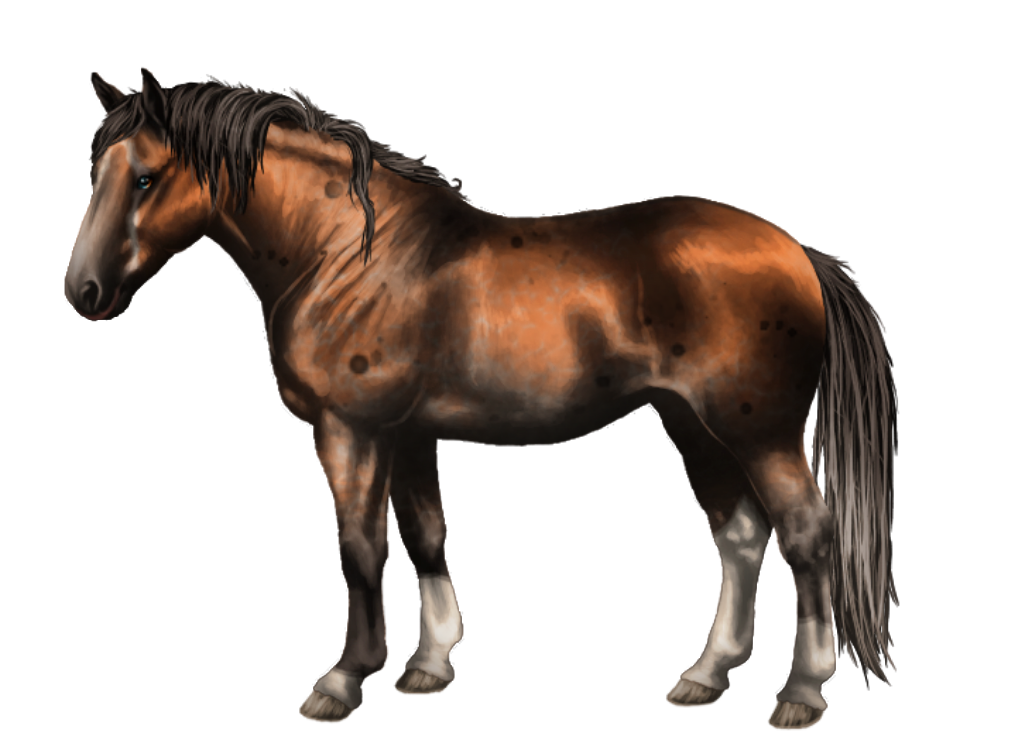 Note: The ID breed coin image will be uploaded soon! We might have forgotten that one detail. x.x

Based on the feedback, we’ve changed the points formula again. This time, it is percentile based broken into 10% percentiles. However, you’ll still receive a bonus for horses defeated to still encourage showing in large shows.

Although we’ve tested this quite a bit, please let us know if you see anything wonky with show point allotment. There never fails to be an issue after involving tons of horses and different scenarios. :P

To help keep better track of how your horses are doing, a points column has been added to the show results page. Keep in mind that this change is not retroactive so only future shows will have show points gained.

You can also see the overall show results now! Show results are now kept for 30 days. If a show has run in the past 30 days, there will be a link to the show page with the ranked results. This is also not a retroactive change so you’ll start seeing this after tonight’s shows run.

Horses, starting from today, will have a “bred by” section on their profile.

You can see how many total horses, mares, stallions, and foals on your profile page now. No more manual counting!

The Brand, Transfer, Surrender, and Retire buttons only show up now if you click Manage.

You can now see the shows you’ve made in the last 30 days. This may be too much and in the future shortened to 7 days.

The first step to categorizing bank transactions has been taken. You’ll now see that “Type” is more specific for a category of spending/receiving money. Eventually, bank transactions will be by day then by category where you can expand that category to view individual transactions.

There is now information about the staff in the footer on the game. Not sure how we’ve gone this long without it. :D

We really want to offer valuable information for each horse breed on Eqcetera. This would come in the form of different pages dedicated to breeds, their general information, some history, and some game stats. If you’re really interested in this type of thing, let us know! It’s a lot of writing, and Curly could use the help. :D