Happy Eqcetera Anniversary!! Wow, can you believe it was a year ago today that we launched V2? This year has flown by. V2 has changed and grown so much over that time. We love this community and see a future with Eqcetera which is why we decided to bring to you V3.

As mentioned previously, V3 is not 100% complete. We’re still working on some features and will continue to fine tune the existing ones over the next couple weeks. You’ll see that the gameplay remains largely unchanged.

You do not have to register, but you WILL have to reset your password in order to login. This is because the passwords are encrypted differently from V2 and for security reasons, they are impossible to transfer from one system to the other.

Please note that this is testing only. The V3 site is not final. If you see something that has not carried over from V2, feel free to point it out and we’ll try to get to it in the next 2 weeks before official launch. Our goal is to bring everything over and have it bug free by August 8th. However, we won’t launch if for some reason the new version is not stable enough to close V2, and that’s something we won’t know until closer to that date.

Testing V3 is completely optional. V2 will remain open and unchanged during this period so you can continue playing as normal. When V3 launches, all testing data will be wiped from V3. A fresh import from V2 will then be brought over. We’ll likely need a couple hours of downtime to make sure there are no changes to the database while this is brought over. Details will be announced closer to August 8th.

A quick note on some incomplete features on V3: 1) enter all, 2) breeding requests, 3) estate food and water storage, 4) private messages, 5) referrals, 6) quests, 7) regular auction house, 8) HOF, 9) associations and clubs, 10) game room, and 11) crater. We obviously still have a lot of work to do, and we’ll let you know what’s changing in the V3 news. We’ll summarize all the changes in regular news posts for V2.

Hope you guys had fun with the Summer S’more Challenge. :D Below are the winners.

Our grand winner is Eachai with 2,012 points. Expect prizes soon!

@Bedouin will our passwords be reset on here? please say no lol 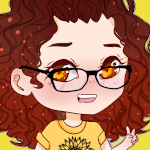 No, the passwords are encoded differently so it will only change for V3. We cannot transfer passwords because they are encoded and secure so they must be reset for V3.

so it is a brand new game ? sorry kinda of confused lol..

It's a newer version of the site we are on now (V2). Everything of yours will move from V2 to V3.

O now i get it lol thanks for explaining :) 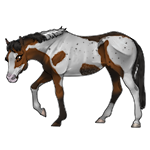 V3 is available for everyone to go test on. Passwords must be reset for V3 before being able to log in.